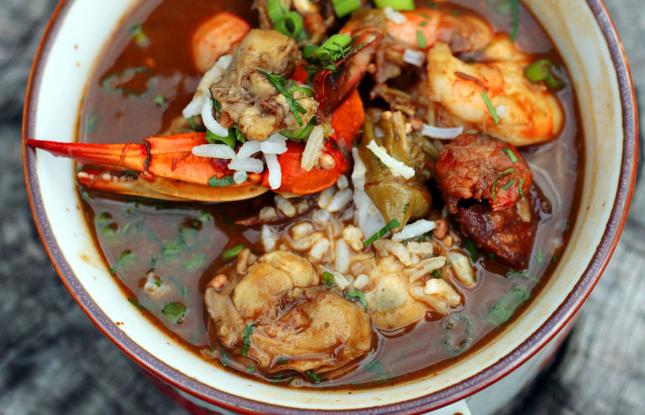 Let the good times roll! October 12th is National Gumbo Day. There are festivals all over Louisiana this month to celebrate their state dish. Lucky for those who are close enough to attend! I’m going to celebrate in my own way by making a big pot of gumbo. We’ll put on some southern jazz, and gather around the table to transport ourselves to the bayou.

Isn’t the word “gumbo” delightful? I just like the way the word sounds, plus it immediately makes my mouth water for a bowl of this tasty and aromatic stew.

That’s right. Gumbo is a stew. Stews, in general, start with the same components of broth, vegetables, protein, seasonings and a thickener (such as roux). While gumbo shares this same base of ingredients as other stews, it has its own flavor and history.

Gumbo evolved in Louisiana as a way to use the ingredients available to the region. Because families passed down recipes generation to generation, it’s often said, that no two pots of gumbo are exactly the same. Sharing tasty food, stimulating conversation and a few tall tales around the table is as natural to a Louisiana native as knowing the difference between Creole gumbo and Cajun gumbo. 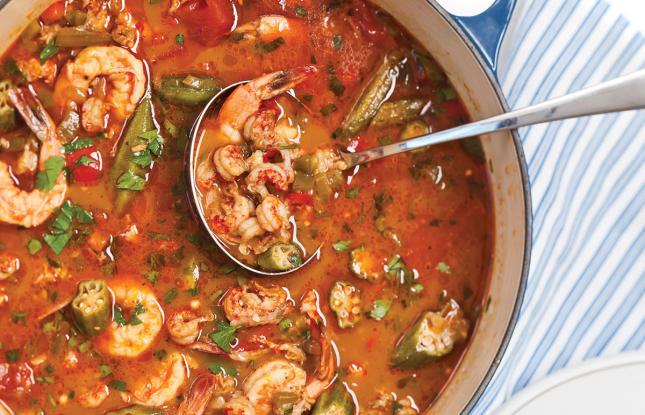 The most apparent difference is tomatoes. Creole gumbo calls for tomatoes, and Cajun Gumbo does not. Simple as that! Sure, there are other differences between the two styles, but whether your bowl has tomatoes or not is your key to the style of your gumbo.

Cajun cooking originated with French colonists who initially settled in Acadia, Canada, and then moved into rural areas of Louisiana. They were known as “Les Acadiens.” Cajun style of cooking is referred to as ”country food.” There was a scarcity of readily available food, so the Acadians became resourceful in their cooking to include what was available. Most folks think cooking “Cajun” food means it will be spicy hot, however Cajun cooks will tell you they don’t overuse cayenne. It’s the combination of the seasoning that is key to the flavor of gumbo.

Developed by the French and Spanish settlers known as Louisiana Creole from the New Orleans area, Creole cooking is considered more refined and elegant. It’s known as “city food,” and was often prepared by the servants or chefs. Over time, it was also greatly influenced by Italian, Spanish, African, German, Caribbean, Native American and Portuguese cuisines.

Other differences are subtle but important to the distinction of the two styles. 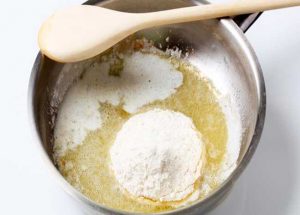 I love learning about these differences between Cajun and Creole gumbo, but what I really love is just making a pot of gumbo. I always make more than needed because it’s even better the next day. Creole or Cajun? What will you make? Whatever suits your fancy!

Celebrate National Gumbo Day, and transport yourself to Louisiana with these recipes:

Remember to rate recipes, and “favorite” them to your recipe box. 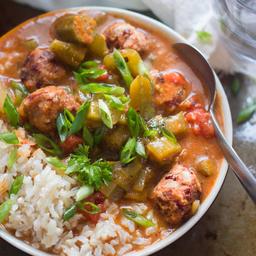 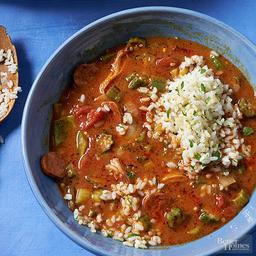 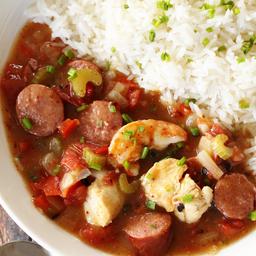