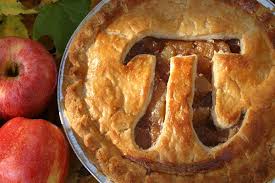 The geeks among us know what we’re talking about when we say “Happy Pi Day!”. Would you like to be in on the celebration? Pi is the name of a very special number, represented by the Greek letter π. In mathematics, the Pi symbol equals the ratio of the circumference of a circle to its diameter. When measuring circles, the perimeter around the circle is always a little over 3 times its diameter. In fact, it is a constant and precise number of 3.14159 and known by mathematicians as Pi.

An exciting characteristic of Pi is that it is irrational and transcendental, meaning that the number beyond the decimal point goes on forever without any repeating pattern. Pi has been calculated to over one trillion digits after the decimal point! Because of its extraordinary characteristics, Pi is a part of popular culture – there is even a website devoted to Pi.

Now for the most exciting part of Pi Day – food!!

We celebrate Pi Day on March 14th. Get it? 3.14. In 2015, there were especially large celebrations because it was 3.14.15, showing more digits of the infinite number. But for over 25 years, savvy number geeks eat pie on March 14. Really, any round food can work – because we’re also celebrating the circle. Blueberry pie, pizza pie, chicken pot pie, and all others fit the bill.

Get your kids excited about Pi

Below are three fun ideas from We Are Teachers to encourage your kids to be excited about Pi.

1. Help your children create appreciation cards with Pi-puns espousing themes such as infinity and irrational friendships. 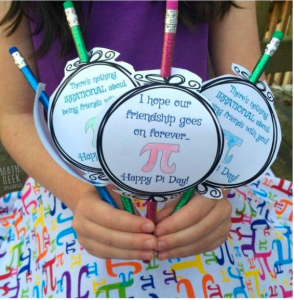 3. Have a Pi word challenge

Play a word game where everyone tries to list as many words with the letters pi in them. How many can you think of? Pie, pumpkin, pity, pinnacle. Create a point system where the more letters = more points. Winner gets the first slice!

Have the kids help you cook up a Pi(e) for dinner using one of these kid-friendly recipes! 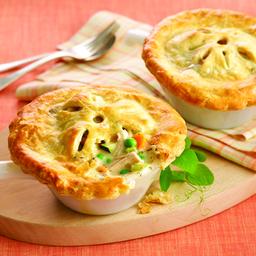 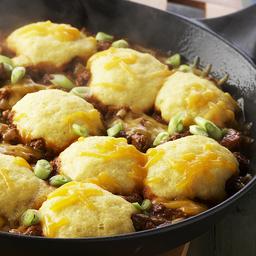 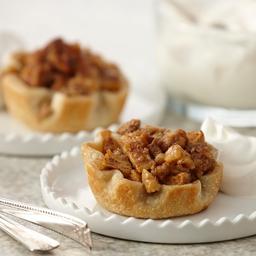 The kids will love making these mini pies!