Imagine this: a luscious, juicy burger, sitting atop a bed of fresh greens on a perfectly toasted bun…Yum.

You’re about to take a huge bite and then you hear “Stop! That’s red meat! It’s terrible for you!”

How could something that tastes that good be wrong?!

Little do they know… your burger’s actually made out of bison! (Recipe Below!)

Who would have thought that the exotic lumbering beast of the Wild West could be so delicious and nutritious but it is.

Double down on that ultimate American cookout you have planned by substituting beef with America’s Official Mammal.

2. Bison is healthier than other meats.

And not just other red meats – bison beats out that healthy chicken on Total Calories, Fat, Cholesterol, Sodium, and Iron.

It is sweeter in flavor than that cheap ground beef that goes into burgers. It’s also more tender than beef – so throw all of those thoughts about bison being “gamey” out the window.

4. Bison are better for the environment.

Since American Bison are native to North America, they’ve evolved to beat off disease and thrive in all four seasons so they don’t need any extra antibiotics.

They hate small spaces so they can’t get crammed into factory farms and are raised on the open range.

Sound good? Check out these bison recipes and let us know how you like them! You can always search your recipe box for “bison” to see our newest additions.

Grilled Bison Burgers with Southwest Seasoning
No better way to try bison for the first time than this! 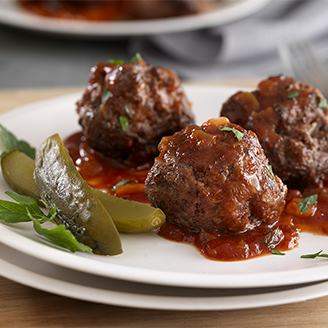